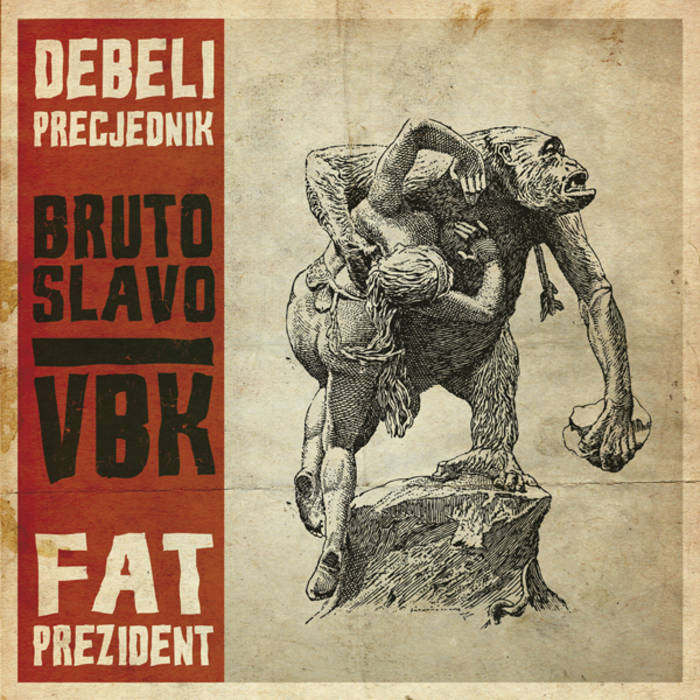 DB SCHENKER This got me into bandcamp and back into hardcore generally. Melodic hardcore. With soul. And far more balls than bad religion or the rest of em ever had. Favorite track: Moja su koljena umorna od moljenja.

Debeli Precjednik / Fat Prezident from Osijek, Croatia, which keep rocking out since 1994, have established themselves as one of the best hardcore punk bands from Balkan area, and rightfully so. Through all these years Fat Prezident played countless shows, constantly building a strong fanbase, especially in area of ex-Yugoslavia.

After 6 years Debeli Precjednik / Fat Prezident are finally back with their fourth full length album, entitled "Bruto Slavo / VBK”, which brings you fifteen punk-rock hymns that, in a way, unify the feeling from all their earlier albums, while carrying a certain pronounced sound of its own. If you dare to call yourself a fan of bands in the vein of Propagandhi, Descendents, Strung Out, Good Riddance, Rise Against, Satanic Surfers, Poison Idea and SNFU, you will love this album by default.