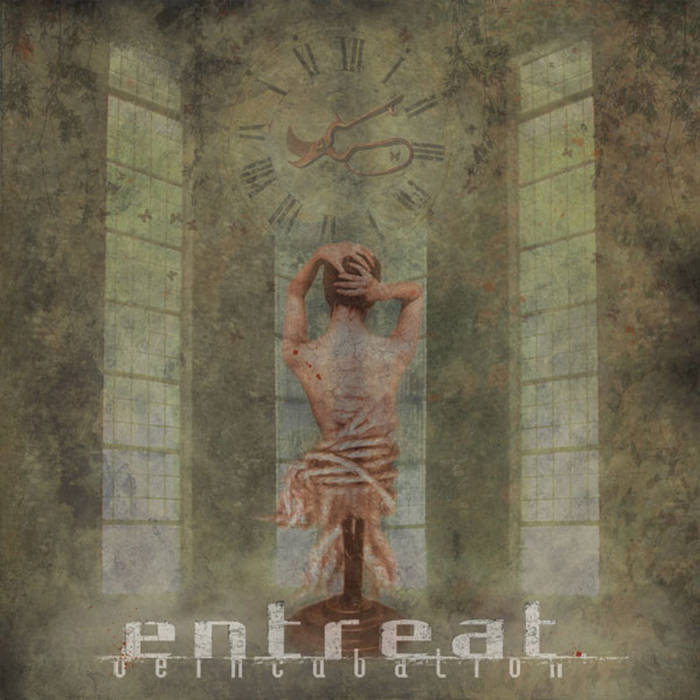 ENTREAT. began its existence sometime in the year 1997. It was created for one reason only: to fulfill the people involved in it. They came a long, turbulent way from those hazy times and the result is in front of you, Deincubation, their second album. Is it a step forward? Did they manage to catch a sparkle of life's fire in their music? Yes, it sure looks like it.

ENTREAT. are from Slovenia. That for itself doesn't say much, but if you are familiar with other bands from that country you will agree that they all feature a certain melancholic turbulence in their music. Clean tone guitars have mixed up many music definitions and the way ENTREAT. play their guitars labeled them emo-metal. However, their roots lie somewhere else: in the North, deep in Swedish hardcore and metal.

Two people leaving the band and two new people joining it brought some meaningful changes to ENTREAT.'s musical orientation. After their 7" single and their debut album Shaded, both released by Choose Life Records, their music became harder, faster and more aggressive, but did not lose that special ENTREAT. touch. Although the band's music and its rhythm are close to breaking the limits of hardcore, those roots can still be felt.

Matjaž, Miloš, Patrik, Peter and Samo cruised through Europe several times. They refer to those experiences as their magical mystery tours. The last two years they spent in their practice room and at the Alpha Omega studio in Italy where they recorded Deincubation with Alex Azzalli.

Now, finally out, from the infamous Alpha Omega studio, released by Moonlee Records, comes Deincubation, their second album, named after the very process through which it came into existence. ENTREAT. presents perceptions gathered in the past and marks new directions. They point the way they are going, taking their music with them. More space to move and more possibilities also mean more difficulties. But as they say: "The art of life is building yourself in a space without a single solid point."

"Ride through the desert of our lives my dear desperado."