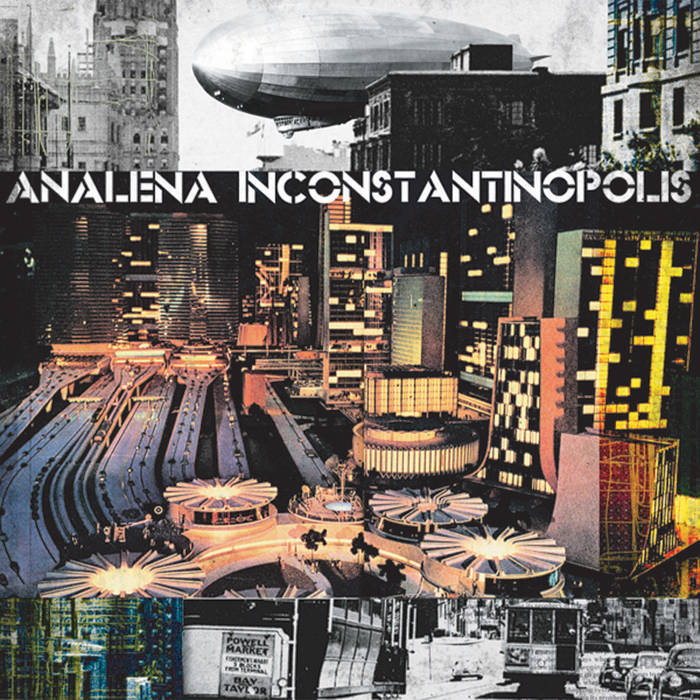 Fear not – the flame of independence burns on! Playing through your speakers, ANALENA’s new record, intriguingly titled Inconstantinopolis, adds to its mighty blaze. A glowing celebration of DIY ethics. A messenger of action, independence and self-control in an age of corporations and all-encroaching social networks. A fixture on the map of the underground scene for over a decade, ANALENA is now even stronger and more determinedly persistent in its do-it-yourself activism. Remaining resistant to the pressures of consumerism, the band is still propelled by a creative DIY drive manifesting through the care for one’s own self, through managing concerts, through recording, releasing, promoting and distributing their music through their own Moonlee Records.

After their debut Arhythmetics, a split-adventure It's Never To Late To Split Up with Austrians Sensual Love, the second LP Carbon Based, and line-up changes, the four-piece telepathically suspended between Zagreb (Croatia) and Ljubljana (Slovenia) has emerged fortified in mind and body and has recorded and released an explosion of energy and emotion. Self-recorded at their own Kozmo studio to the baton of their guitar player Mijo, Inconstantinopolis is a burning torch at the head of the band’s discographic history. Mr Moonlee himself was lost for words, managing only a surprised: “Like fire!”.

Take the time and let go of your prejudices! Mind your health and watch your back! Don’t be fooled by the latest neologisms, extending from post-punk and indie power pop through a galaxy of noise towards rock and hardcore. At The Drive-In, Red Monkey, Life But How To Life It, Yaphet Kotto, Submission Hold, Hole, dEUS, Envy, Pretty Girls Make Graves – these are just some of the names associated with ANALENA. But why fill your head with references? Do you think that ANALENA play only so that they could be compared to others? Wrong! They are driven by the desire to be different, to discover new worlds, and to express their opinions and messages. This is what makes it so difficult to fit ANALENA’s poetics into a single mould – yet that does not mean that they disintegrate into a hundred pieces. On the contrary, on their new Inconstantinopolis ANALENA is compact and balanced.

ANALENA is not one of many: ANALENA is an absolutely unique wave of sonic fantasy, rousing your imagination as it rolls uncompromisingly from the beginning to the end of the record. So take the journey through Inconstantinopolis – through the full frontal scream of lead vocal Ana, disciplined by sharp cuts of guitar and thickened by a thundering bass, which never escapes the focus of precise and sovereign drumming. Don’t miss the well-concealed melodies, nor the lucid guitar interplays. Abandon yourself to a music at once forceful and atmospheric, uncompromising and dreamy, precise and chaotic, playful and tense – to this complex and harmonious interweaving.

ANALENA has not fallen asleep on the laurels of its past. It has remained ANALENA and as such it march on with vigour and spirit, fearlessly, uncompromisingly and sticking to their clearly defined vision, which is absolutely priceless in these inconstant times...