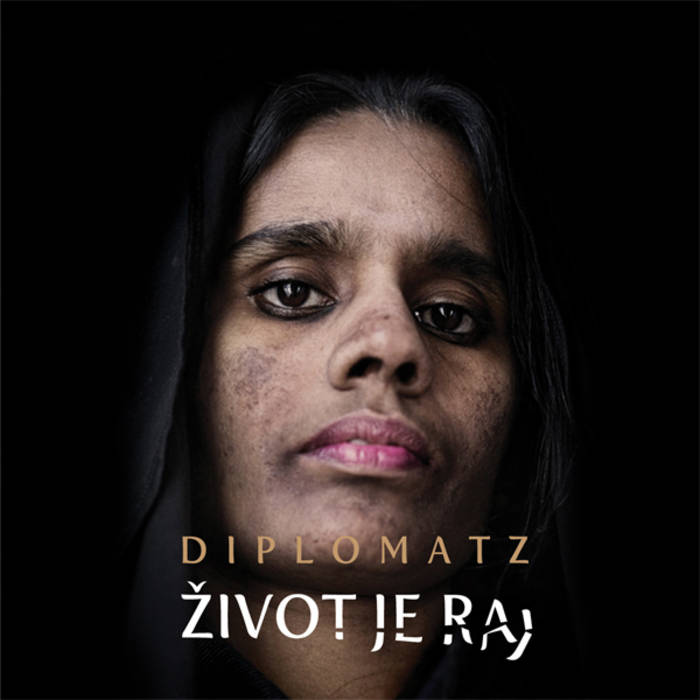 It's hard to retell what Damir Avdić's songs say about himself without copying them word to word or paraphrasing in a less correct fashion. This is understandable given their boldness, sharpness and blutness – without compromises and pretensions, they are at first equally clear to punks, rappers and every other Balkan dweller who finds among those words everything he fears to articulate by himself. And not only to them, because possible non-understanding of his Bosnian pronunciation didn't stop others from comprehending the explosion of truth that lays beneath. That's what Damir Avdić, Diplomatz of hardcore school really is – straightforward and serious with a very poisonous tongue – a modern anti-singer/songwriter who speaks about the world in a very special way.

This Bosnian psycho attracted much attention to himself as a frontman of punk rock band Rupa u zidu (Tuzla, BiH), with which he recorded three albums before and during the wartime. The war ended, leaving its marks, and Damir Avdić still had much to say even ten years after the sad destruction of entire generations. In 2004 he published his first novel "Na Krvi Ćuprija" (Bratstvo duša) and the debut solo album "...od trnja i žaoka" (Slušaj najglasnije!) as a kind of soundtrack to this novel which speaks about war and post-war period in Bosnia. Concerts that followed have spread the legend about Damir Avdić as the artisan of words, singer, novelist, guitarist and a band, all in one exceptional person. Few collaborations happened soon – with rockers No Rules, dub-reggae band Defence, Bosnian hip-hopper Frenkie and with Edo Maajka as a part of the band named Trnokop. Shortly after, in March 2008, he released his second album "Mrtvi su mrtvi" on Moonlee Records which granted him nothing less than cult status on the local scene, while he promoted it all over former Yugoslavia together with his new novel "Enter Džehenem" and a monodrama entitled "Most na Krvi", based on his first novel.

At the beginning of 2010 the time had come for yet another audio-poetic piece – the soul and the hands produced new dose of angry lyrics and firm riffs, and the result is this new release by Moonlee Records – Avdić's third album "Život je raj". The album was recorded during February in Radio Študent's studio (Ljubljana, Slovenia) under the supervision of Jure Vlahovič. The mastering process was handled by FABRIKA13 and the credit for sleeve design goes to undo.ba.

The album was entirely created by Damir Avdić himself – if you liked "Mrtvi su mrtvi", you already know that his songs don't need the "basic" rock line-up to sound complete and full blooded in the punk manner. Penetrating voice and electric guitar so dense it fills every pore of silence are more than enough for Diplomatz to express himself and carve your brain with painful and bloody words which strip the skin and burn the flesh. And believe us when we tell you that these words say everything you hate and makes you nervous – and it's so loud and clear that at first you won't even know what hit you.

Are you ready for direct messages which leave no room for illusions and go exactly to the point? Do you agree on feeling the pain which will strike you while listening to Damir Avdić's words, spoken with so much heart and reason at the same time? And do you see yourself thinking about them while long-forgotten wounds start to open again? Listen to "Život je raj" and let us know if we were right!