by DON'T MESS WITH TEXAS 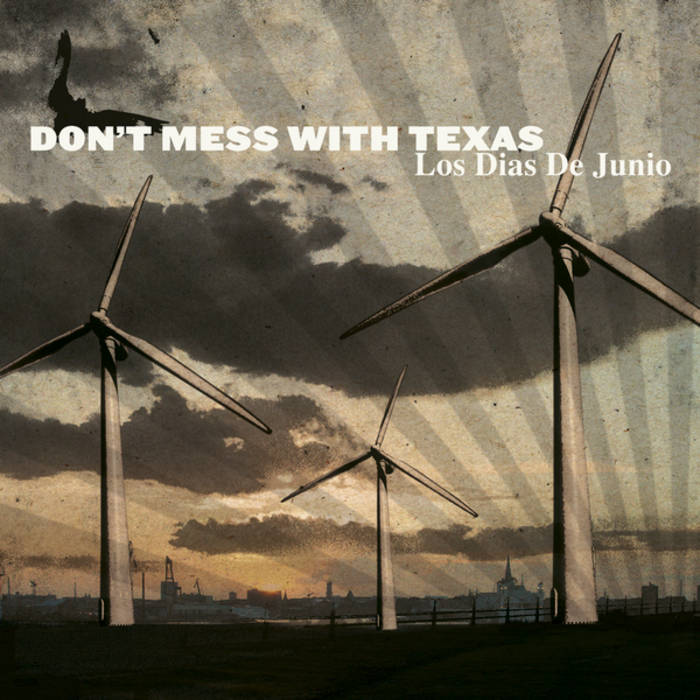 LdumasV I mean, I have it twice right? Favorite track: Sun Is Going Nova.

DON'T MESS WITH TEXAS was formed in Zagreb, Croatia in January of 2004. After the break up of Radio Free Isaac (and prior to that, bands Nikad and Lunar), Neven, Ozren and Saša decided to form a new band and soon invited Ivana to join the band on bass. After the recording of their first album, Slobich replaced Ivana and the line up had been solidified.

During three years, they have frequently toured in support of their highly acclaimed self-titled album and played numerous shows in Croatia and across Europe (Slovenia, Belgium, Germany, Austria, Czech Republic, Denmark, Bosnia and Herzegovina) arousing the interest of many fans with genuine instrumental music that defies easy categorization.

The band recorded and produced their sophomore album Los Dias De Junio in a movie theatre in Zagreb by themselves, with some additional help from their friends. Final mastering has been done by Carl Saff (who has previously worked with We Ragazzi, Small Arms Dealer, Sunburned Hand Of The Man and many others).

Structured in a similar manner as the band's s/t (2004, hmrl003), Los Dias De Junio is full of glorious moments. It is a carefully constructed album with equal parts of minimalist swell and swirling tension of sound providing each instrument in the texture plenty of space.

There is an unspeakable clarity that runs through this record. Mesmerizing subtlety can be heard in aery guitars and lush piano which interweave through the solid and sturdy rhythms. Despite the despodent atmosphere, these nine songs do not appear crestfallen, but provide the sense of ease and placidity with the turbulent undertow.

On this album, DON'T MESS WITH TEXAS manage to condense their established dazzling epic sound into well-defined, focused and concise songs. Hush and serene while being dynamic, but far from sounding pompous or overstuffed, DON'T MESS WITH TEXAS are determined to make you calm and disturbed at the same time. This is no easy feat, but as heard on this album, Neven, Ozren, Saša and Slobich once again pull it off easily and in a successful manner.

Recorded in March 2007 at SC movie theatre in Zagreb.
Track 5 Kad Ja Pođoh is based on a traditional Bosnian song.