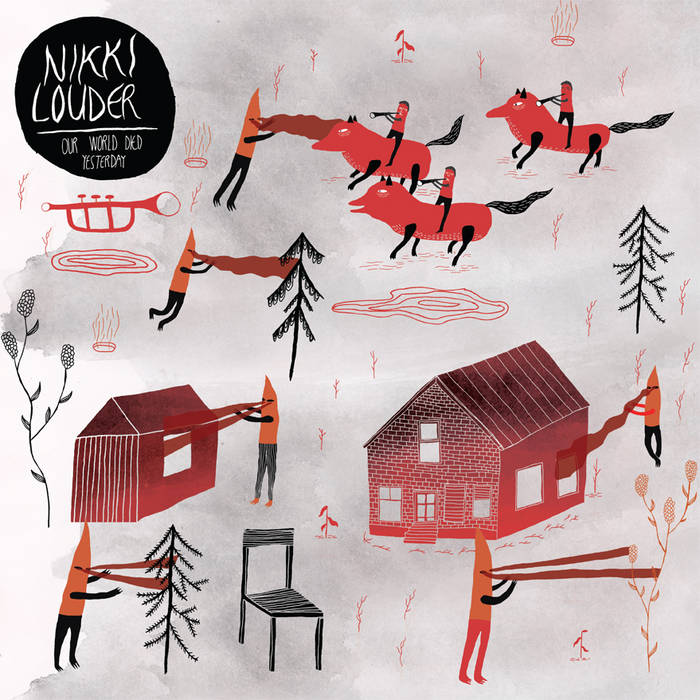 Nikki Louder are chaotic noise rock trio from Slovenia. “Our World Died Yesterday” is their second album, even noisier and more intense than its predecessor. Shining in all its shrieking glory, their sophomore effort shows the band doing what they know best – spitting out fast, messy, energetic bursts of percussion-ridden guitar noise, slowing down occasionally with a melodic twist only to take a short break for more speaker-ripping thunder. And a good scream or two over everything spices the songs just about great every now and then. Despite all the hardcore / math / noise chaos in their sound, which is also prominent in band's lyric surrealism, the album makes a perfect musical sense, sounds very compact and provides a great listening experince, which is oftentimes a hard goal to accomplish for majority of bands who try to blend that much diversity at once. In a strange way, Our World Died Yesterday invokes deep emotions and reminds us of a couple records by some Ebullition bands from the nineties, which is just fantastic.