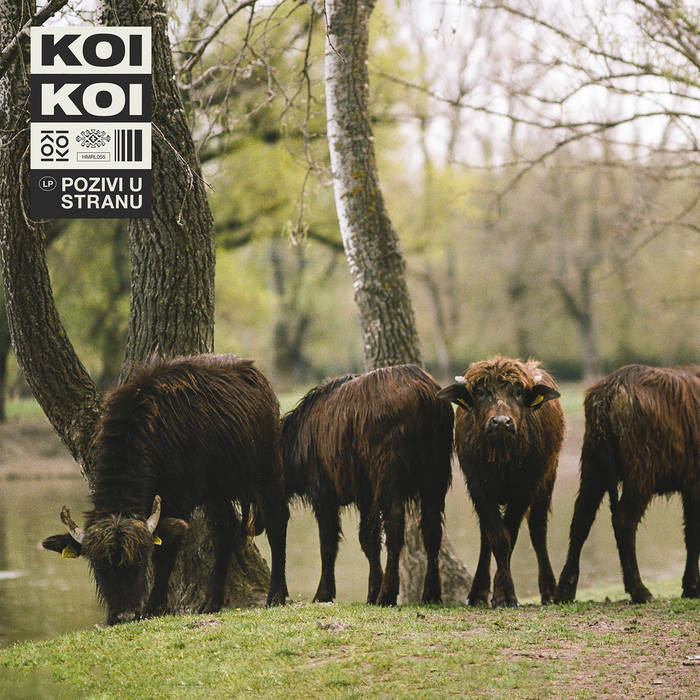 KOIKOI‘s ear-catching musical expression exists at the intersection between the regional alternative music heritage and contemporary Western trends. Their debut album showcases the most exciting form of unorthodox pop, which can be simultaneously soft as silk and playfully loud, radio friendly and in-yer-face, but always marked by the hypnotic Balkan melos, an intertwining of ecstasy and nostalgia. Enchanting female-male harmonies with a distinctive appeal will remind you either of The XX or regional folk practices. There are several loose references - Serbian alt rock in the tradition of Darkwood Dub and Petrol, electro-rock a la Chromatics, indie rock in the mould of DIIV, dream pop hypnagogia and modern ethno psychedelia - but through regional perspective 'Pozivi u stranu' is one of a kind.

The debut full length album by KOIKOI, a record the Balkan indie scene’s been waiting for the past decade, is a gem for all those who know that sophisticated indie pop is the new punk.