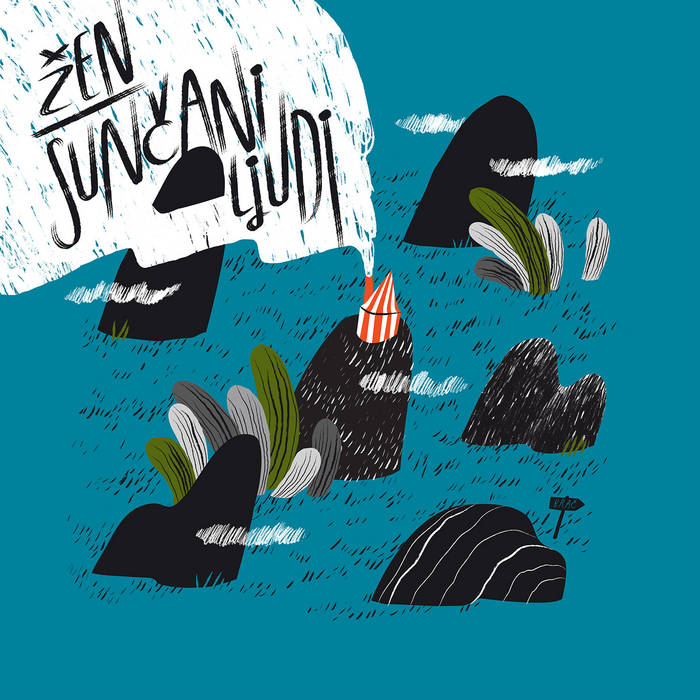 'Sunčani ljudi' (english: 'Sunny people') comes as the gist of all Žen's releases with some moderate upgrades. It sounds like a manifest of their passion for meticulously intertwined genre tropes – from hypnotic repetitions of post rock to atmospheric guitar layering in the vein of shoegaze, all characterized by a genuine openness to experimentation and infused with a heartfelt vocal delivery typical of 90s alt rock. The girls have conserved the psychedelic and dreamy nature of their musical expression, which resembles the output of bands as Warpaint, Vinyl Williams, Lush or Pinkshinyultrablast. The record's sonic character with its texturally lush guitar arrangements and vocal harmonies coquettes with the golden age of guitar music and shoe-gazing, notably with epochal releases like 'Loveless' (My Bloody Valentine) or 'Souvlaki' (Slowdive). As you may assume by looking at the cover, tracks are permeated by an air of sweet melancholy that evokes images of natural motifs associated with fluctuation, oscillation and flotation. Images of summits, breaking waves and currents… images of the island of Brač, the Promised Land mentioned in the overture 'A gdje su staze?'. 'Sunčani ljudi' is like a sonic mirror-image of a long trip on the D8, the picturesque route that runs 640 km along Croatia's Adriatic coastline, evoking awe of the sublime and reminding us of humanity’s insignificance in respect to the Universe.