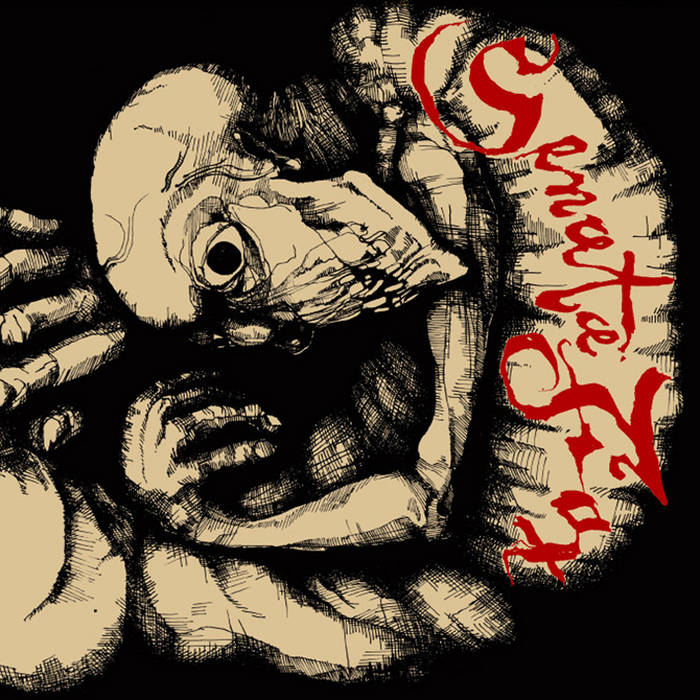 SENATA FOX is all about fast, thrashy hardcore punk. These four individuals made sure to show y'all that in this era of modern hardcore (spiced up with black outfits, tight t-shirts and make up) there still exists unpretentious, down to earth and most of all genuine hardcore punk. There are three words to describe SENATA's music: "FAST! SCREAMING! POSITIVE!". If you want more details though, I can definitely say that unlike most of the bands in their genre, SENATA FOX pull off some amazing guitar riffs as well as some interesting breakdowns and song structures in general.

It was year 1999 when these boys (later to become monsters) started this band. Original intention was to rip off as many past and contemporary hardcore punk bands from all around the globe and add a bit of personal touch, all that with purpose of expressing anger and frustrations caused by the modern life. Since then, after a few line-up changes, European tour, a few releases and numerous shows these "beardos" are still alive and attacking with their most effective weapon which is outstanding ludicrous live performance, performing songs about life,nature, politics, relationships, human and animal rights all wrapped up in a package with a tag on it saying "true hardcore punk". The band strongly believes in DIY as well as vegan/vegetarian lifestyle and it's members are no strangers to the HC/Punk/Indie scene/community which they've been a part of for ages through various bands (Panacecja, Amok, Drotweiller, Lunar, Nikad, Razlog Za, 5 Minutes To Steve...) as well as activities (zines, labels, booking)

Finally, the time has come, and SENATA FOX's first discography CD is ready to hit your player... Besides 10 new and 2 unreleased songs, the discography includes live video footage, the split tape with Serbian grindcore band No Abuse, split 7" with another Serbian band called Unison as well as the split LP with Croatia's finest anarcho crust punks AK-47. We can easily say, without putting SENATA FOX on a pedestal, that this CD reaches the highest peak in their genre and it's truly amazing to see that Mr. Moonlee got his hands on this discography titled The Acracy Discourse and will exclusively release it through his Moonlee Records. This time Mr. Moonlee is treating you with 41 songs plus 9 songs (live video footage)!

All songs by Senata Fox except "Sutra" by Razlog Za and "Nazi Punks Fuckkk Of!" by Dead Kennedys. We wrote the lyrics for "La Kurtizana" but stole the music from La Kurtizana (R.I.P.)