This Bilk Is Radioactive 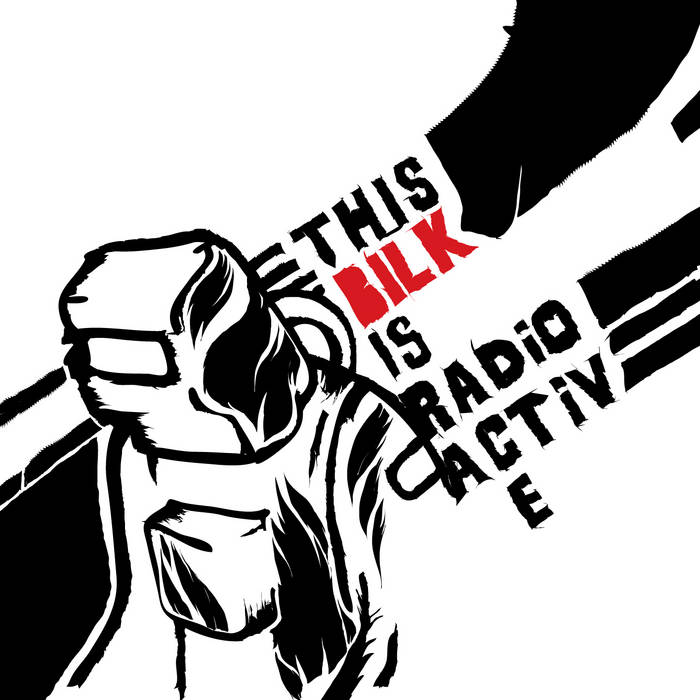 BILK were formed in Zagreb (Croatia) in 1999. The line-up was unstable for years, until it got reduced to the steady and dedicated base. Tin Oberman, Janko Novoselic, Luka Vrbanic are young students of architecture, music and medicine and they use their crafts and gifts fully - building their sound with surgery precision.

With people joining and leaving the band, BILK went through many phases and music styles and this experience broadened their musical horizons. They recorded a few demos, played many shows and appeared on some music competitions like the "Heineken Music Fest Live 2003" in Travnik and Zenica, BIH where they simply came and won and the "Newcomer 2005" festival in Graz, Austria where they also made first prize.

Soon thereafter Mr. Moonlee proposed them a record deal. BILK went to the legendary Kozmo Studio in Zagreb and recorded their debut album called This Bilk is Radioactive which was released by Moonlee Records with Marko Pelaic as producer.

Their heuristic approach enabled them to produce a brilliant album featuring a sound unheard in this area before. The groove, coming out of their drums, bass, synthesizers and guitar is built from various music styles melted into a breakbeat mass of pure positive energy. You will get caught by the flow of melodies and beats, until you start nodding your head thinking "yes, this is it!"

This BILK is radioactive and after listening to it for a while - unable to stop dancing and shaking, moving and tapping – you might feel cursed. Your muscles will ache like never before and there will be a big smile spread over your face. Nothing will ever be like it was before. You will be cursed. You have been warned!

Recorded and mixed by Mark Pelaić at Kozmo studio, Zagreb, Croatia in July, September and October 2005.
Mastered by Lupo at Dubplates and mastering, Berlin in October 2005.
Art design by ac/db.
Produced by Marko Pelaić and Bilk.

Synthesizer excerpt on "Sunchano" was recorded in Sarajevo in August 2004. and appears by courtesy of bonus film d.o.o.
Weather forecast sample on "Sunchano" taken from Croatian radio.