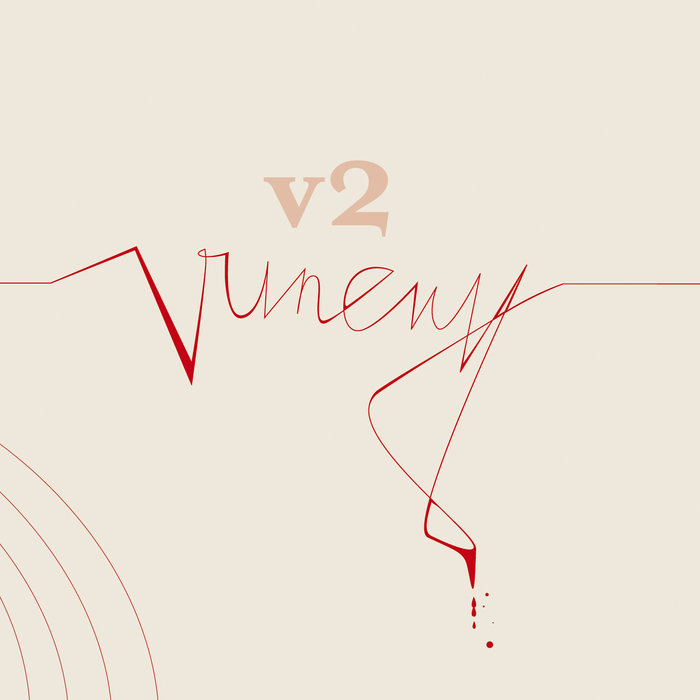 A lot of indie experimental music, a lot of times, sounds similar to itself. We need music that pushes the envelope, and VUNENY are here to fulfil our needs. With their second full length titled V2, VUNENY are here to show us all that they make music that's cutting edge. There have been lots of acts that have come out of Eastern Europe but nothing like VUNENY.

It's been three years, more than 250 shows, several releases, one full length and a second full length on it's way since the band first started up. It was the beginning of 2003 when Andrijan Zovko and Nedim Cisic founded VUNENY. They were asked to make music for a legendary mute movie titled Le Revelateur (Phillipe Garell, 1968) and that seemed like a good reason to start a band. It's not like they haven't been making music before that, on the contrary, members of VUNENY, Andrijan, Nedim and Asmir, Bosnia bred musicians have been strongly involved with the music scene playing in various bands such as Handle With Care, Mara and Alternativa Nova as well as organizing various shows and performances.

It's hard to describe VUNENY's music. Their persona as well as the music they make embody something special. They are like the new movie everyone needs to see, and with their new recording they definitely made an album everyone will want to hear. With their sophomore album they deliver electro fueled world of rock instrumentation. Listening to V2 you can't help but hear how talented this trio is. They are amazing musicians, producers and incredible songwriters.

On V2 Andrijan, Nedim and Asmir used their skills to the fullest, every little aspect is brought down to the perfection and handled very smoothly. Frankly, the uniqueness of VUNENY makes it real hard to compare them to other artists, but listening to their work you can definitely hear rhythmic perfection that bands such as Tool dole out or crazy maneuvers that Squarepusher is known for.