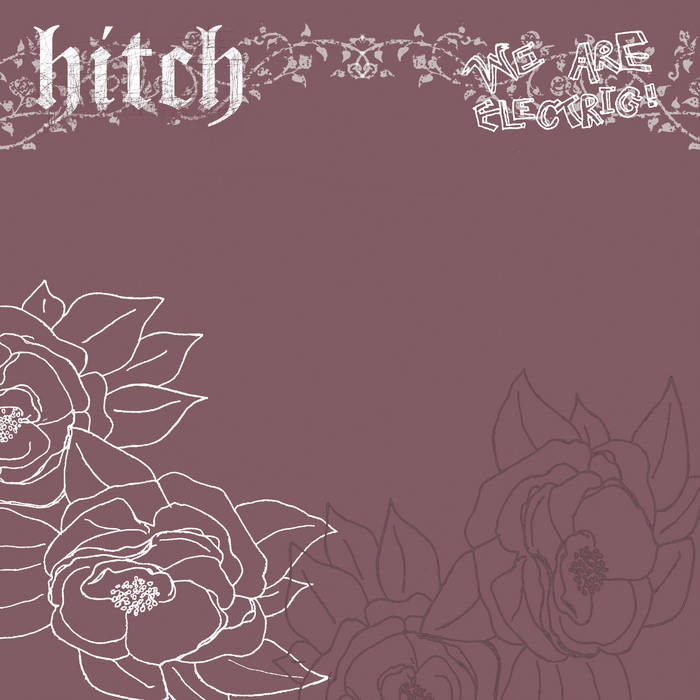 If you live in Europe and haven't heard of HITCH you must be living in a shithole. Come on we're talking about one of the biggest indie rock bands Europe has to offer. You name a festival, HITCH killed the stage from Pukkelpop to Austin's South by Southwest. And if you name a band, HITCH has rocked with them: The Fire Theft, Tristeza, Don Caballero, At The Drive-In, Tristeza, Cave In, Girls Against Boys... and for that we are all envious. They have toured Europe more than 20 times (about 8 full European tours and over 15 smaller ones), and they've also toured the United States and Canada.

Seeing HITCH perform live is a whole different degree of homicide. It's hard to believe that the energy they give off is provided by a three piece. You'll be blown away when you see all three singing, Mich pulling off crazy guitar riffs, Paul hitting the gut with the heavy bass lines and unbelievably tight drumming by Olivier. Trust me, ya'll haven't seen shit until you see Olivier kicking the shit out of them drums, as if they made out with his ladyfriend. HITCH ain't messing around. Period.

After years and years of recording in Belgium and the United States, Mich, Olivier, Hein and Paul drove down to Zagreb, Croatia in order to enter Kozmo studios for the second time and record their 4th full length album. Besides the four Belgians, Lunar's Bojan K aka Aux Send was part of the recording session handling everything and making sure everything was in it's right place. Hands down, the material they recorded this time is one of the best to date ever made in Kozmo studios. You'll be able to experience the masterpiece, you'll see that all you've read here was the truth, the whole truth and nothing but the truth on April 24th in Belgium and on May 8th in rest of the world. The album is titled We Are Electric! and it will be proudly released through Mr. Moonlee's Moonlee Records and Belgium's legendary Vlas Vegas both on CD and vinyl.

If you have the courage to experience HITCH's live performance, make sure to see them rocking the stage throughout the world.

"We are electric!" was recorded by Bojan Kotzmuth & Hein Devos on two inch tape at Kozmo Studio, Zagreb, Croatia, January 15-20, 2006. Nixa assisted.
Mixed by Bojan & Hein, assisted by Mijo.
This record was mastered by Vincet Tetaert at Electric City, Brussels.